Cryptozoology: A Curates Egg of Impossible Taxidermy
by
Heather Tweed

I began writing a post on taxidermy back in 2011 after creating my own version of a Mermaid Monkey for an exhibition, then saw the haunting Thylacine  video in The South Australian Museum. I rediscovered my notes and have added some new photos that I took at Bristol Museum and National Museum Of Scotland.

The strange solitary creature paces its cage, back and forth. Forever looped in haunting melancholy. It is a strange made-up sort of animal, part dog, part striped marsupial, with an odd thick, static, kangaroo tail that it can never wag. The Thylacine was declared extinct in the1980's. The last lonely survivor lived in Hobart zoo and died in 1936.
The animal was once real, but seeing the oddly proportioned hybrid in its taxidermied form, preserved for ever in a glass case can be an oddly jarring sight. It looks cobbled together. Does its three dimensional form, the texture and the pattern of its pelt have more of a visceral reality than a photograph, a film, or does the static sculpture distance us? We need to be reminded that this once living creature moved, hunted, scavenged, thrived in Tasmania.

More familiar in popular culture is the Dodo, immortalised in Alice In Wonderland. Again a real beast that can be seen in models that we believe to be a true likeness. But we are mistaken. Only parts of this committee designed bird exist and descriptions are scant, a few sketches from the 17th century exist. We are asked to believe in this creature although it no longer roams the earth and we are sculpting a best guess at what it looked like. Our familiarity with its oft printed image also means that we are perhaps not as astounded as we might once have been.


Sceptical 18th century scientists at first refused to believe that the platypus was a real beast, searching for stitches on a specimen.
In the late 19th century an explorer and illustrator returned to his family home from an long expedition. Exhausted and penniless he needed distraction. A bon viveur and consummate entertainer, reputedly enlivening many a dinner party by crawling on all fours and biting his guests legs, he was bored, fed up. In line with the fashions of the day he decided to alleviate his ennui by learning the art of taxidermy. The result was a collection of extaordinary, intricately crafted animals, a kitten with angel wings, a yeti and a curious bat-duck hybrid with bird wings, webbed feet and fangs. The creatures look plausible but Professor Copperthwaite their creator is a fiction.

A sub genre of this form of cryptozoology exists in the form of sometimes whimsical, sometimes moralising, sometimes conceptual tableau in which real animals are anthropomorphised, costumed, placed out of context. Polly Morgan produces sometimes breathtakingly beautiful artwork, preserving and modelling the animals herself then placing them in incongruous yet poignant juxtapositions, a fox curled luxuriously in a hunters top hat, a tiny bird severed in mid flight by a pane of glass.

Arch shock tactic taxidermy-artist Damien Hirst famously bid an unsuccessful million pounds, to keep the work of Walter Potter together. One example, immovable and preserved as long as the mothballs last, is the charmingly frightful cat orchestra.

Charles Avery has taken the art form to its logical conclusion and populated his illustrated stories with life-size three dimensional imagined creatures.

There are of course hoaxes, The Fiji Mermaid, a quite convincing 1842 merging of shriveled monkey and fish tail. Aimed at deliberate deception to entice more visitors to P.T Barnums extraodinary shows.

Standing before the convincing taxidermied form of a Satyr, a unicorn, a winged dragon, would some of us not desire believe that these creatures once existed?

Only dinosaur bones and illustrations stretching back to ancient China once informed the Victorian public of the true nature of these terrible monsters. Picnicking beneath the snaking neck of a brontosaurus in the Crystal Palace exhibition of 1850 perhaps the families sitting on neat tartan rugs, tucking into their lunch wondered if these beasts could ever have really roamed the earth? 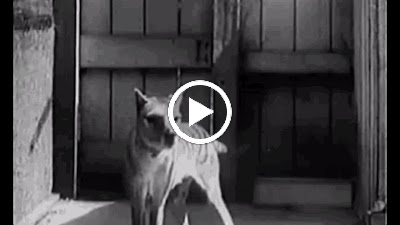 Posted by HeatherTweed at 19:51 No comments: